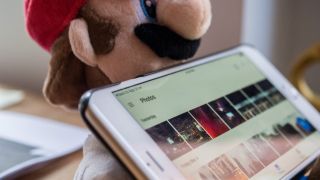 Though the feature has been available for Chromecast and Android devices for some time now, users of the Google Photos iOS app can now stream their pictures, videos and gifs right to the Apple TV using AirPlay.

The feature comes as part of the Google Photos app’s 2.14 update, which makes it possible to use both AirPlay and Google casting to throw your content up on your living room television screen.

Given Google Photos’ offers unlimited cloud storage for photos and videos, the app is a terrific option for iOS users who don’t want to pay extra for iCloud storage.