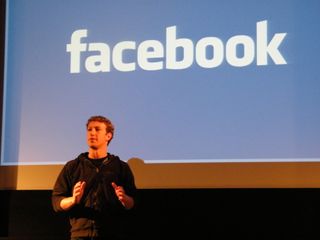 The Social Network was a surprise multi-Golden Globe winner

The Social Network was the big winner at tonight's Golden Globes awards ceremony in Hollywood taking three of the marquee prizes.

The movie, which charts the rise of Facebook and that of CEO Mark Zuckerberg took the prestigious Best Motion Picture - Drama award, beating out the much fancied The King's Speech and Black Swan.

David Fincher won Best Director for the film, while Aaron Sorkin also got the award for Best Original Screenplay. Lower down the order The Social Network also won the Best Original Score gong.

Jessie Eisenberg, who portrayed Zuckerberg was nominated for Best Actor, but lost out to Mr Great Britain, Colin Firth in The King's Speech. Huzzah!

The ceremony, hosted by Ricky Gervais (in which he managed to offend pretty much everyone in Hollywood) combines the Emmys and the Oscars in recognising the best TV and films of the year.

The glitzy show is usually seen as a pre-cursor to the next month's Oscars, with the winners here often going on to similar success there.

So there you have it, a movie about Facebook has been recognised as the best film of 2010. Look how far we've come, tech fans.