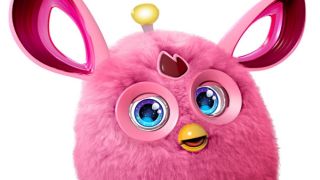 Finally the internet of things has become relevant with the return of the Furby, everyone's favorite toy-like-device from the late 90s.

The new Furby is Bluetooth-enabled and can connect with an included app. This will allow it to pull in simple information like the time or sports results, or something more complicated like song lyrics.

The Furby hardware itself has received a substantial upgrade. Its eyes are screens, and it has a glowing antenna on top which acts as a notification alert, presumably for when Beelzebub wants to contact it from the depths of hell.

A legacy of annoyance

The original Furbies gained notoriety for their incessantly chipper attitude and refusal to keep quiet. I also don't remember actually being able to do anything with them beyond hiding them around the house to the intense annoyance of those around me.

Unfortunately for pranksters, the new Furby can be put to sleep on command (not like that you sick bastard), so anyone hoping to annoy those around them with a noisy device that can't be silenced will be out of luck.