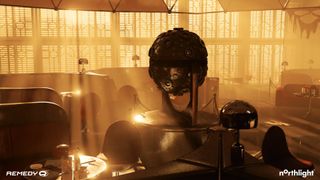 Gamers still clinging on to Windows 7  may soon get games with Nvidia ray tracing support, thanks to Microsoft offering resources to allow developers to port their DirectX 12 games to the older operating system.

Usually, DirectX 12 games are limited to Windows 10, which meant only gamers using the latest operating system from Microsoft would be able to experience some of the more advanced graphical effects from Microsoft’s API – such as ray tracing.

However, with Windows 7 still accounting for 32% of the overall market share, that meant many gamers were missing out. With Microsoft announcing the launch of resources to help game developers run their DirectX 12 games on Windows 7, these games – and their DX12-exclusive features – should now be made available to a much wider audience.

The move follows Microsoft working with Blizzard to create a DirectX 12 version of World of Warcraft that can run on Windows 7.

However, it’s noted that while World of Warcraft can be played on Windows 7 with DirectX 12, the best performance will remain on Windows 10 because, as Microsoft puts it, “Windows 10 contains a number of OS optimizations designed to make DirectX 12 run even faster.”

While gamers using Windows 7 will welcome the news, many others will wonder why Microsoft is doing this. In the past, Microsoft has usually tied in the latest version of DirectX into its latest operating system, which some cynical people suggest is a way of encouraging/forcing gamers to upgrade their OS.

However, Windows 7 is now two generations old, and it is rapidly reaching its End-of-Life, which means that on January 14, 2020, Microsoft will stop supporting the OS.

But, by allowing DirectX 12 games to run on Windows 7, is Microsoft admitting defeat when it comes to getting stubborn gamers to move to Windows 10?

Perhaps. Another way of looking at it is that by making DirectX 12 – and the features it supports – more widely available to Windows 7 users, it could encourage more game developers to embrace DirectX 12 – something that Microsoft has been struggling with.

Whatever the reasons, if you’re still running Windows 7, you may soon see an influx of DirectX 12 games coming to your operating system.