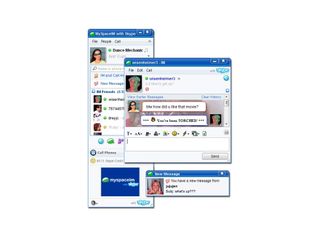 Presumably in an attempt to grab the social networking mantle back from Facebook, MySpace has announced a drastic revamp of its site's features, due to be launched this Wednesday, 18 June.

The new homepage, which has been in development since December, will include an instant messenger, an upgrade for YouTube-like video player MySpaceTV, and general enhancements to site navigation, profile editing and search systems.

The new MySpaceTV will include HD support, a full-screen mode and new file-sharing options.

MySpace sales and marketing president Jeff Berman has described the new look as "elegant", saying it continues the site’s evolution from social network to "social portal".

The instant messenger has already been up and running for a few days, and is proving popular with users, though can currently only be run on Windows PCs.

Not to be outdone, Pidgin, Trillian and eBuddy have already announced planned support for MySpace IM through their own chat programmes, though MySpace is rumoured to be working on Mac and webchat versions, which are due to appear soon.