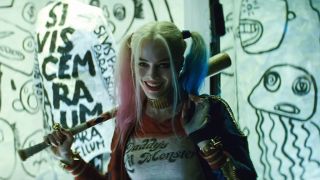 We were given a quieter, more atmospheric look at the movie before with its special Comic-Con teaser, but this latest trailer dials the action up by around 400%, and is brilliantly edited to Queen's Bohemian Rhapsody.

The trailer also gives us a much better idea of each character's personality (seems like someone finally found a perfect role for Jai Courtney), and shows us more of Jared Leto's take on the Joker (verdict: the role is in good hands).

And then, there's Harley Quinn (played fantastically by Margot Robbie), who drops several great one-liners throughout the trailer – we can't wait to see how her relationship with 'Mister J' plays out.

You can watch the new trailer below, though be warned – it will make the wait until the movie's release in August even more unbearable.