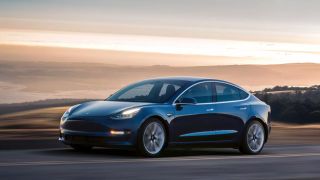 As we accelerate ever faster towards a world of driverless cars, advancements along the way become milestones to that inevitable occurrence.

Take, for instance, the Summon feature that recently made its way to the Tesla Model 3. While the Autopilot feature was already available in the Model S and X, Tesla's least expensive car can now park, all by itself.

Now, when Model 3 owners arrive home, they can hop out of the car and, with a few taps on their phone, watch as the garage door opens, the car pulls in and powers down, no driver required.

Conversely, they can have their car turn on and pull out of the garage using Summon whenever they want.

Autopilot is a driver assistance feature, according to Tesla, so it's not a way to fully self-drive your car. Still, features like Summon show what Tesla and other driverless cars are capable of, powers that will only get more robust as time goes on.