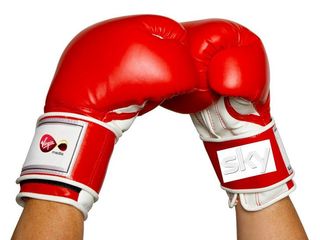 Ofcom has rapped Sky for promotions last year in the build up to the Sky basic channels being removed from Virgin Media.

Negotiations between the two companies in February and March 2007 turned sour as the broadcasters failed to agree on a pricing for Sky's basic channels – including Sky One and Sky Sports News – leading to an eventual removal from Virgin Media's cable service.

However, a complaint from Virgin Media over a series of four promotions run on the Virgin Media and Sky platforms leading up to this incident has led to Ofcom criticising Sky.

Ofcom has announced that three of the four promotions – in slots that are normally used for promoting upcoming shows – were in breach of television codes.

The first of the four questioned promotions (which ran only on the cable platform) talked about Virgin Media 'doubting the value' of the Sky Channels and gave a phone number where viewers could ring in and 'help'.

Ofcom states "irrespective of what Sky's actual intention may have been, the overriding impression given by Promotion A was that it was part of a targeted campaign to get viewers to lobby Virgin Media not to drop the Sky Channels. It therefore went beyond simply promoting the Sky Channels."

The report adds: "Ofcom concluded that it was not appropriate for what purported to be a promotion for the Sky Channels to go beyond promoting a broadcasting-related service in the manner described and found Promotion A to be in breach of Rule 1.1 of the Cross-promotion Code."

Promotions B, C and D

Ofcom also felt that two other promotions, both of which were run only on Virgin Media, were not suitable to be broadcast as promotions. They summed up this decision as follows:

'Ofcom considered that the references…to the Sky retail television service were unduly prominent in the specific context of the promotions and therefore in breach of Rule 10.4 of the Broadcasting Code.'

Promotion D was the only one of the four contested promotions that was run on the Sky Digital platform – and although it did not constitute a breach, Ofcom believes that the spirit of the code was broken, and the communications watchdog indicated that it may well change the rules to ensure no repeat happens.