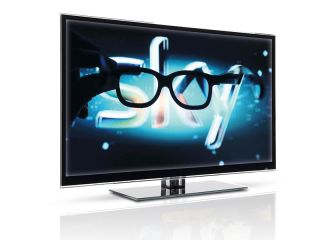 Queen could get a 3D makeover

Sky News has been given the rights to produce the Queen's Speech, alongside the BBC and ITN.

It will be produced by all three companies in 2011 and 2012, which brings in the distinct possibility that the whole thing will be shot in 3D by Sky.

While this isn't set in stone, a spokesperson for Sky contacted the Guardian and said the company was "exploring the opportunity" of using 3D technology for the speech.

The Queen isn't known for doing her annual address to the nation while performing death-defying stunts. So if it is shot in 3D, don't expect it to be the most riveting piece of 3D programming you have seen - but it would be a turning point for the technology.

For queen and country

Sky's is ramping up its 3D output in 2011, increasing its sporting and film output and adding significant meat to what is a rather barebones 3D channel.

But for 3D to thrive it needs to be used for all television and not just 'event TV', so the Queen's Speech could be a good starting point for this.

There's already been speculation that the upcoming wedding of Prince William and Kate Middleton will be shot in 3D, as well as the Diamond Jubilee celebrations, so why not make it one massive royal 3D rumble and end the year with the Queen's Christmas Message in another dimension?