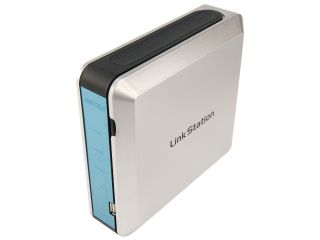 The market for NAS devices, such as this one from Buffalo, has doubled in the last two years

Network storage is set to explode in the home, according to a leading analyst. In-Stat found that, while the market was still small, it had doubled in size in the past two years and is set for further growth - especially with Microsoft's Windows Home Server on the horizon

There are still obstacles to mass-adoption of Network Attached Storage (NAS) devices though - not least consumer awareness. "PC-literate consumers are very familiar with USB and Firewire external hard drives that connect directly with a PC," thinks Joyce Putscher, an In-Stat analyst. "But many are still not familiar with what network storage is and what the benefits entail."

Putscher also thinks there are hurdles for companies operating within the market. "Challenges for vendors include offering models with the right combination of features and price points," she continued, "as well as educating consumers about the difference between an external hard drive and storage connected to a home network."

However, In-Stat thinks consumer awareness will grow, with demand for enclosure-only devices (where you can fit your own hard drives) strong by 2009. The analyst's report also thinks there will be significant demand for storage of 500GB and above.