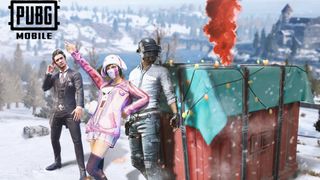 There has been a raging debate in India on the effects of the battle royale sensation, PUBG Mobile on adolescents and adults alike. Is PUBG Mobile the right instrument for Indians to play around with? Does it promote violence? With reports allegedly stating players who complained of mental disorders to a boy who committed suicide because he wasn’t provided with a flagship smartphone to play the game, people have demonised PUBG Mobile. It’s the next thing on the minister’s list of things to ban in the country and many states are already trying to exercise control over the game.

Thankfully, none of the issues and concerns around the game in India went unheard by the makers. PUBG Mobile has released a statement in support of creating a responsible gaming ecosystem around their product.

“We appreciate the support and trust given to us by our PUBG MOBILE players. While we strive to deliver the best possible gaming experience to our fans, we also believe that it is extremely important for us to be a responsible member of the gaming ecosystem. To this end, we constantly work and shall continue to work with different stakeholders, including parents, educators and government bodies, and listening to their feedback on what we can do to enhance the overall PUBG MOBILE experience,” it reads.

PUBG Mobile is the most popular game in India. According to a survey done by Quartz India in association with Jana’s mCent Browser, it was revealed that out of the target sample of 1,047 Indians, around 62% claimed to play the game. India has evidently become an important country for the developers of the game in the past year, and the makers noticeably following it up with a statement is a big deal.

The statement continues, “to foster a healthy and balanced in-game environment, we are developing numerous new features and enhancements which enables us to provide an environment for players to enjoy PUBG MOBILE in a rewarding and responsible manner. We are honored to have a passionate community of PUBG MOBILE players in India and globally and continue to welcome their feedback to make PUBG MOBILE the best game ever!”

Gaming as a viable career prospect

While there’s no word on the kind of features and enhancements the game will add in the near future to promote healthy gameplay, PUBG Mobile continues to face the wrath from parents, employers and institutions alike. More so, because Indians are still in an early phase of accepting esports and its viable career prospect for potential players.

We spoke to a professional gaming streamer and founder of Flypswitch esports organisation, Siddharth Patel. He along with his PUBG Mobile squad, qualified for the semi-finals of the PUBG Mobile Star Challenge in September last year.

According to Patel, “It [PUBG Mobile] has nothing to do with the game and instead with the parenting skills in India at mass. I have come across a bunch of children who are not even eligible to play this game, and they are playing it regardless.”

PUBG Mobile has a 16+ rating on the Google Play Store which means that it’s got strong violence. “While the ratings and everything are in place, why aren’t the parents not recognising the same. Come to think of it, back in the day when we were kids, we had games like Contra and were not allowed to play it because it was a shooter game, had guns. At that time, we knew it was wrong to play a game that wasn’t meant for us in the first place. That came from our parents.”

He goes on to suggest that parents should make gaming sessions rewarding even if the kids are under the age limit, “so that they can understand the difference between PUBG Mobile and Candy Crush Saga."

The plausible connection between violent video games and aggressive behavior

In a recent study conducted by the Oxford Internet Institute, University of Oxford, on the plausible connection between violent video games and aggressive behavior, researchers have concluded that it isn’t the case. Out of 2008 participants which include kids and their parents (carers) from England, Scotland and Wales, it was found that there is no link between kids playing violent video games and exhibiting aggressive behavior.

The study also mentions that antisocial elements including trash-talking, trolling and over-competitiveness require more research. These are some of the elements that neither the game developers and players have control over. A similar research by Nature also revealed that playing games had an increase in the grey matter resulting in increased cognitive and motor functions.

PUBG Mobile has more than 200 million users across the world and over 30 million daily active users. If anything, Brendan Greene should be proud of his creation taking over an entire country where esports is still an alien concept to a vast majority.