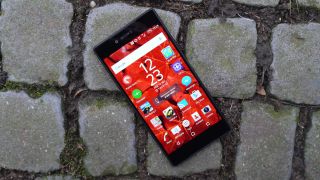 One of the biggest questions surrounding smartphones right now is whether anyone will follow the lead of Sony with its Xperia Z5 Premium and include a 4K screen in a flagship handset next year. But there's perhaps an even larger question lurking in the background: why bother?

So far Sony has been the only phone manufacturer to take the 4K leap, with others perhaps taking the view that increasing screen resolution much further is a game of diminishing returns. Sure, images might appear ever so slightly more detailed, but whether it's perceptible in any meaningful way to human eyes remains to be seen.

The problem with 4K isn't just one of perception either: It is an engineering challenge by current standards. Aside from the need to shrink down 4K components to fit into a phone, the problem with a 4K resolution is it drains already precious battery life even more.

It appears Sony already knows this, as claims are made that most of the time it runs at a lower 1080p resolution, only switching to 4K when viewing photos or video.

So now we're asking: are the likes of Samsung and LG going to follow Sony? Reports are mixed.

The Korean media has previously claimed that LG and Samsung have opted to stick with 2K displays on what we expect to be the Samsung Galaxy S7 and LG G5. Now though, there's a flicker of possibility that images could become more highly defined.

A cryptic tweet from tech journalist Ricciolo points to as much, writing, "It's BIG,it's FLAT,it's SLIM and it's... #4K ! What's this? I really don't think this will be cancelled…", and adding that we shouldn't trust the "Korean report".

Given that LG and Samsung are the two major South Korean phone manufacturers, it is reasonable to speculate that he is referring to one (or both?) of them. Perhaps there has been a change of heart? Or perhaps one or both have managed to square the battery-chomping circle?

In terms of wild speculation, it would probably be more surprising if Samsung didn't meet Sony's 4K challenge. The company has a tendency to stuff whatever new technology is invented into a phone, and get it on to shelves before competitors.

So I won't be surprised if the S7, or at least its larger Note 6 counterpart, which are expected around March and September respectively, feature the higher-resolution screen.

As PhoneArena notes, Samsung arguably has more to gain from cracking 4K, as its phones form the backbone of its virtual reality strategy.

The Gear VR headset uses a Samsung phone as the screen - and 4K would make a difference when the screen is that close to your face. So the incentive is certainly there for Samsung to go all-in with 4K.

By contrast, historically LG has behaved more conservatively - the LG G4, which was released earlier this year, doesn't even have a fingerprint scanner.

So whether LG or Samsung will make the leap remains an open question. But here's hoping that maybe, just maybe, they have managed to make 4K work - and that it's actually a meaningful new feature.