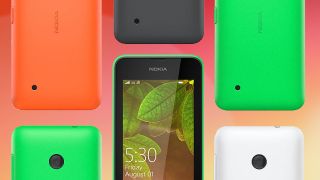 Nokia stepped down from making new smartphones after the Microsoft buyout, but thing might be about to change.

According to two different sources speaking with Re/code Nokia is planning to re-enter the mobile phone business, and will make the step forward at some point next year.

Due to the deal where Microsoft bought out Nokia, the Finnish company isn't allowed to use the Nokia brand on new smartphones until Q4 2016.

However, sources suggest Nokia will grab its first chance to re-enter, but will do so differently.

Return of the Noki

The death of the Nokia brand was unmistakably down to a lack of innovation after the smartphone game changed so much, so quickly.

By the time Nokia can re-enter the game it'll be nearly three years since it left, so hopefully that amount of time has allowed the company to re-evaluate its purpose in the market.

It'll need to do something different to the Lumia brand as Microsoft has taken its design ethos, dropped the name and continued creating handsets in that fashion.

The sources also claim Nokia has a series of ambitious technology projects in development including virtual reality. This may be the start of an exciting new Nokia, and it might not be too long before we know what it looks like.