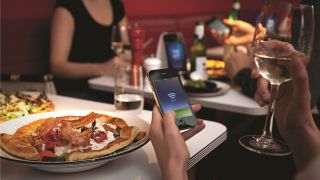 Swedish telecommunications company Ericsson has released its new Mobility Report for the third quarter of 2012, and has discovered some staggering new numbers.

First and foremost, mobile data usage has doubled from where it was a year ago, and is expected to have a compound annual growth of at least 50 percent every year through 2018.

The massive jump in data was attributed streaming video, which Ericsson believes will lead to data usage expanding to 12 times that number over the next six years.

With 25 percent of all smartphone data and 40 percent of all tablet data spent on streaming video, it's not hard to imagine that much continued growth.

As a result of more and more smartphone sales, Ericsson stated smartphone data usage will surpass the average usage from all other devices combined.

The Mobility Report also stated total mobile phone subscriptions are on pace to reach 6.6 billion by the end of 2012, and a target of 9.3 billion by 2018.

The data and smartphone adoption rates were bolstered by strong LTE subscriptions during Q3 2012, with some 13 million users switching over to the high-powered network.

LTE subscriptions are estimated to reach 55 million consumers by the end of this year, and total 1.6 billion by 2018.

That said, Ericsson pointed out WCDMA/HSPA networks still cover more than half of all subscriptions, with 65 million more added during the last quarter.

With the mobile market growing 9 percent year-over-year, and LTE networks expected to be available to nearly half the global population over the next five years, those numbers don't seem quite so unattainable.