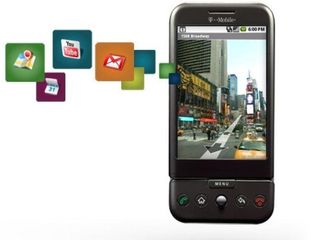 It's been nearly a year since Google announced plans for a new open-source mobile phone OS. But will Android hit the jackpot for the search engine giant once again, or is it more developer's dream than consumer cool? We've got the complete lowdown on Android…

What exactly is Android?

Without getting too geeky, Android is the name for Google's mobile device platform. Made up of an operating system, middleware (software that helps applications and networks to communicate) and key applications, Android is up against the big-hitters of mobile OS: Windows Mobile, Symbian and, of course, Apple's iPhone.

So what's different about it?

Android has got tech-heads worldwide hot under the collar because of its open source credentials. It's the brainchild of the Google-led Open Handset Alliance, made up of global mobile and technology industry leaders, which aims to improve the mobile user experience. Developers are free to come up with applications using the Android Software Development Kit.

Like Apple's App Store, third-party Android apps will be available through the Android Market. But the big difference is that developers are afforded far more freedom, as Google will not be policing the Android Market with the same vigour Apple applies to its App Store. With no approval required from on high, the way is clear for some truly innovative apps.

What kind of applications will I be able to get?

It goes without saying that Android offers instant access to Google apps like Google Mail, Google Talk, Calendar, YouTube and Maps. But a number of other nifty apps are already touting for business, including a barcode reader that uses the phone's camera to read product barcodes before finding the cheapest price online. Just a hint of things to come…

And what about music?

Google will be attracting some sideways glances from Apple, as it has secured a deal with Amazon.com to include a customised version of its MP3 Store with the Android device. Users will have access to Amazon's six-million catalogue of DRM-free tracks and be able to purchase and download over Wi-Fi. Currently a US-only service, there are rumours of a UK Amazon MP3 Store launch by the end of the year.

What handsets can I get Android on?

The first handset to come with Google's Android OS is the T-Mobile G1 manufactured by HTC – originally known as the HTC Dream. Similar in style to the T-Mobile Sidekick (no surprise as Android guru Andy Rubin was also behind the Sidekick) the G1 has both a touch screen and a slide-out QWERTY keypad. It doesn't ooze cool in the same way as the iPhone, but does fit in with Google's geeky simplicity – from the approachable interface to the unassuming design. More handsets from the likes of LG and Motorola are likely to follow next year.

Any other cool features?

Plenty. Obviously Google search functions are central, with one-click contextual search and advanced scouring of your phone's contents always at hand. Wi-Fi and 3.5G maximise the G1's potential as a mobile internet device, and there's also a 3.2 megapixel autofocus camera.

When will it be available?

Like all good gadgets – just in time for the Christmas rush in the UK, debuting in November.

What networks can I get it on?

The name gives this one away – it'll be a T-Mobile exclusive.

How much will it set me back?

The T-Mobile G1 will be offered free on tariffs over £40 a month. For that you'll also get unlimited net browsing.