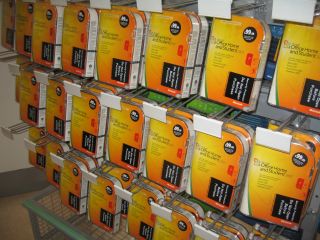 In what has to be the most damning snub to the already beleaguered Windows Vista – the New York Times is reporting that Intel will not be upgrading its 80,000 computers to Microsoft's flagship Operating System.

With attention already being turned to Windows 7, the successor to Windows Vista, and the news that Microsoft will support popular predecessor XP until 2014, Vista appears to be on the ropes.

No compelling case for adoption

Intel – one of Microsoft's most valued partners – has not announced the news publicly, but the NYT have quoted a source from within the company.

"This isn't a matter of dissing Microsoft, but Intel information technology staff just found no compelling case for adopting Vista," the person said.

Intel has responded by insisting that they are testing and deploying Vista in certain departments, but not across the company.

If confirmed, it's a bitter blow for Microsoft – and puts even greater pressure on Windows 7 as the media begins to ponder if the IT industry is moving towards open-source rival Linux.