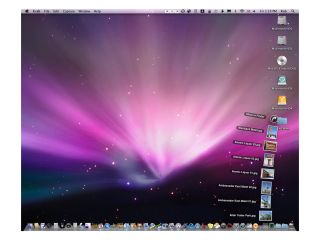 Apple is celebrating a new milestone after a research company reported that Macs have now taken an 8% market share in computing for the first time.

Net Applications conducted a survey on 40,000 sites, and came to the conclusion that 8.2% of computers accessing the web were using Apple's OSX – although this does of course fail to take into consideration computers that do not access the web.

September is a traditionally strong month for Apple – who actively targets US students going back to college – but the gains, which have come against Microsoft Windows PCs will encourage the Cupertino-based company.

Net Applications say that 90.3% of people are still using Windows machines – which is a drop of nearly half a per cent on August figures.

The rise of Linux powered netbooks and, of course, Macs is believed to have accounted for the shift.

Over the past two years, computers using Mac OSX have risen by 3%.