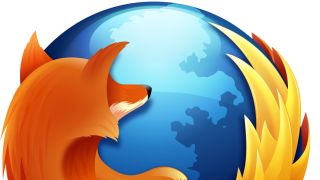 Mozilla has released the latest Firefox update, version 17 by its count, which adds a new social API.

The social API allows for a persistent social sidebar that gives users direct access to chatting with their social networks while surfing the web.

While Facebook Messenger is the only social sidebar out for Firefox 17 right now, the social API will make it possible for other social networks to build their own similarly integrated tools.

Also new in Firefox 17 is the click-to-play blocklisting feature for plug-ins. With the feature, Firefox will no longer automatically run web content that uses an out-of-date plug-in, such as if the computer's version of Flash needs to be updated.

Users can still manually click on content to run using older plug-ins, or allow Firefox to try and install a newer version of the plug-in.

The other big change in the new version of Firefox is that Mozilla has finally cut off support for Mac OS X 10.5. Safari dropped Leopard support last year, and Chrome followed suit a few weeks ago, making Opera the only major browser to still support the legacy Apple OS.

Mozilla is banking on social features to make Firefox fit more easily into its users' lives. Facebook Messenger is a good start, while Twitter and Reddit sidebars can't be too far behind.