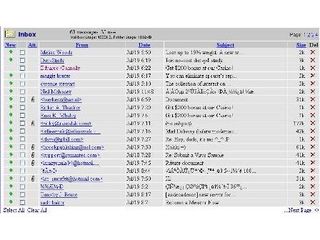 Spam has fallen dramatically recently in the past few months, but nobody appears to understand why.

Although it would be nice to think that spam senders have given up in the face of better educated internet users or better spam filters, experts are mystified as to why major spam senders are slowing down.

Three major spam sending botnets have apparently ceased, but Symantec's Paul Wood told the BBC: "It's hard to know why."

The three spam senders that have stopped are Rustock – one of the major offenders – Lethic and Xarvester.

Of course, spam is depressingly profitable, with people still clicking on the links and buying wares or falling into malware traps and joining the massive botnets used by cybercriminals and spammers.

But the good news is that 200 billion spam messages in August was down to just 50 billion by December.

Chances of the level staying so low? Very small. Although focus has shifted to the likes of Twitter and Facebook as people's internet usage changes.