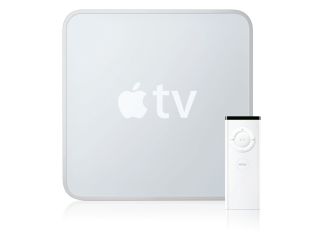 Take 2 is pushed back to Act 2

American fans are anxiously awaiting the release of an Apple TV update that will allow them to rent films directly from the company's set-top box.

According to an Apple press release, the company has been forced to delay the Apple TV Take 2 update for "a week or two" because the software is "not quite finished". The update will allow users to rent and watch high-definition movies on their widescreen TVs.

Apple TV update 'not quite finished'

Perhaps most notable is Apple's way of announcing the news. Instead of issuing a press release about the delay, the information is buried within a release regarding the immediate availability of the MacBook Airs.

So far, Apple has yet to confirm an official release date for the Apple TV upgrade.

There's still no word on when iTunes movie rentals will hit European shores.