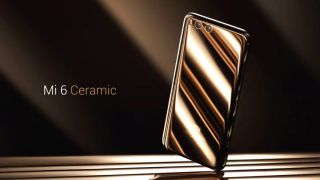 The Xiaomi Mi 6 was officially unveiled yesterday. As expected, the smartphone managed to surprise us given the kind of features it’s packing. While most fans felt that the feature set was heavily inspired by the iPhone 7 Plus, it’s certainly a step up for Xiaomi in terms of hardware features.

So what are some of the best features of the Xiaomi Mi 6? Let’s have a look.

While the Mi 5 was the first handset to pack double-sided curved glass, Xiaomi is going a step further with the Mi 6 by offering a four-sided 3D curved glass design. This bolsters the appearance of the device significantly and adds to the premium appeal of the handset. Holding the display and the sides together is a frame made out of stainless steel.

It’s not quite like what we expected leading up to the launch, but the Mi 6 comes with a fingerprint scanner placed beneath the display glass. This doesn’t mean that the scanner is placed right under the display panel, but merely covered by glass and hidden safely underneath the home button. The company is using Qualcomm’s new Sense ID based fingerprint scanning tech, which can scan your finger even if it’s wet or oily. This is a major plus and something that even flagships like the Apple iPhone 7 cannot achieve.

While the Mi 6 is not completely water/dust resistant, the manufacturer has been mindful enough to offer splash resistance on the device. This means the device can sustain occasional bursts of rain or even water spills (but not complete submersion). The company claims that it has properly sealed and covered all the crucial openings on the Mi 6 to allow splash resistance.

The Mi 6 is using Qualcomm’s latest and greatest Snapdragon 835 chipset under the hood, which is the best mobile CPU in the market by a big margin. Interestingly, this is the same CPU powering the Samsung Galaxy S8 and S8+. Yet another highlight here is the massive 6GB of RAM that the company is using. While the jury is still out on whether a smartphone can properly utilise that much RAM, it will no doubt give Xiaomi some bragging rights in the industry.

Xiaomi is using a familiar dual rear camera setup with its new offering. One is a standard 12MP sensor while the other is a telephoto lens, offering up to 2X lossless zoom. There’s a Portrait Mode feature on the device as well, offering immersive photos with bokeh effects. Its performance is yet to be tested, but it seems like Xiaomi wants the market to realise that this is a viable iPhone 7 Plus competitor.