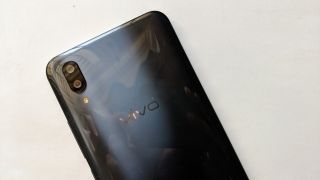 Some of the key specifications of the upcoming Vivo Z1 Pro have been revealed by a Google ad listing. This was first reported by Smartprix along with a screenshot of the Flipkart ad listing. The Vivo Z1 Pro was already teased by Flipkart as they went live with a page on their platform, indicating an impending launch.

The listing doesn't reveal the date and only states that the phone is coming soon. It goes on to reveal that the Z1 Pro will have a 32MP in-display camera housed in a punch-hole cutout. The phone is powered by Qualcomm Snapdragon 712 chipset, making it only a second of its kind.

Vivo Z1 Pro will have a big 5,000mAh battery at its disposal and supports fast charging. Furthermore, it has a triple camera setup on the back but we don't know the kind of sensor they are fitted with. We'll know more as we near the launch date.