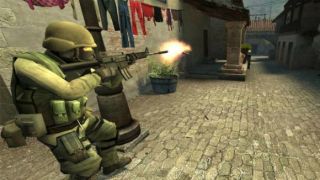 Get rich or die trying

Counter-Strike and League of Legends gamers on the ESEA network might be surprised to hear that their games have been cleverly disguised Bitcoin "mining" efforts, controlled by one nefarious employee.

It all started with an official experiment within the competitive gaming company to see whether mining the virtual currency was something it might consider introducing for gamers.

But one employee saw an opportunity and continued to mine the virtual currency for his personal gain, using gamers' computers as dedicated "mining" tools that would have increased the power consumption of their machines.