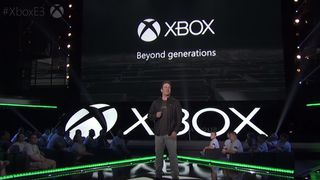 Microsoft has finally given us a launch date for when we'll be able to get our hands on Xbox Play Anywhere - September 13.

The service, which will allow you to buy a game once and then own it across both Windows 10 and Xbox One, was first announced by Microsoft at its conference at E3 2016.

Unfortunately the initiative will not automatically be coming to ever Xbox One game, but Microsoft is planning to bring the service to all its first-party Xbox One games in the future including Gears of War 4, Forza Horizon 3 and Crackdown 3. Compatible games will include a Pay Anywhere logo.

Some, but not all, games

Two updates will arrive to enable this functionality, the Windows 10 Anniversary Update, and the Xbox's summer update.

Microsoft has long been criticised for under-serving its PC audience as major franchises such as Halo and Gears of War have waited years to come to PC, or have never arrived at all.

The hope is that with this new initiative the disparity between the two platforms will reduce, if not disappear.