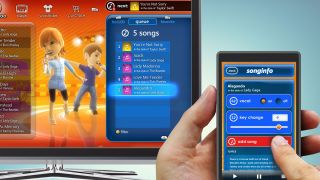 Microsoft's Xbox SmartGlass app will now work on 7-inch Android tablets, so you can use your Nexus 7 to control your console.

The app was already available on Google Play, but wasn't compatible with tablets of this size. Not officially, anyway. But that should all be sorted now.

SmartGlass is available for iOS devices, too.

The update should also fix some bugs that caused the app to crash on the achievements and settings screens.

The Xbox SmartGlass app lets you use your mobile device as a controller for your Xbox 360. So you can navigate the Xbox dashboard, pause and rewind films, and use it to surf the web on your TV.

You can also use the device's keyboard for typing, which will be a lot more intuitive than using the controller for each individual keystroke.

Some games also let you use your phone or tablet as a second screen, just like with the Wii U. So with your Nexus 7 by your side, you've effectively got a Wii U-style gaming experience on your Xbox 360.

Extras like commentaries, trivia, and more are also accessible on your second screen.