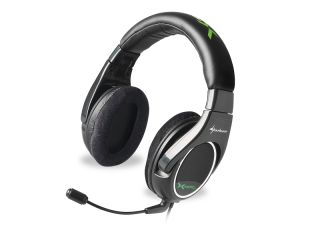 Xbox to become an audio bully

Xbox has announced it is making significant improvements to the audio quality of its headsets by upping the bit-rate.

This sound move was revealed by Xbox Live Studios boss Jerry Johnson, who was speaking at the Edinburgh Interactive Festival.

"The codec we used when we first launched was a low bit rate codec and we stuck with that," Johnson explained.

"We launched and we said we required broadband. We required a 64k connection, which not many people think of as broadband any longer. But that was the minimum requirement to run the service at the time."

As things have changed in the world of broadband (64k?!?) has significantly changed, a new codec is going to be piped through.

"It's time for us to move on," said Johnson. "Especially if we want to think about broadening – a crackly headset on the top of your head – not what people think of when they talk about popular entertainment."

Quite when this audio upgrade will happen is unclear but it is likely to co-incide with the UK release date of Kinect, which is pencilled in for 10 November.

Via CVG and Eurogamer