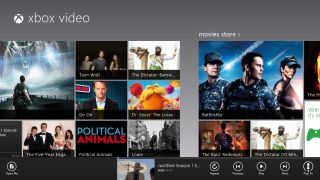 The next Xbox 360 dashboard update may reflect Windows 8.1

All eyes are on the Xbox One, set to be announced on May 21 in Redmond, Wash., but in additional all the next-gen festivities, Microsoft also plans on updating the

dashboard, according to a report out today.

The Xbox 360 dashboard update for 2013 is meant to help gamers transition over to the next-generation Xbox, according unnamed sources who talked with The Verge.

Microsoft wants to ensure that messaging, beacons and achievements carry over to the new console while also experimenting with the user interface a bit, the report claimed.

Specifically, the Xbox 360 dashboard UI tweaks are said to make it look more consistent with the planned Windows 8.1 design thanks to smaller Live Tiles.

It's unclear when Microsoft plans to launch the Live Tile version of the Xbox 360 dashboard, but the report does indicate that there will be a late June or early July public beta test.

The company has consistently released a public beta of its dashboard updates in the summer in an effort to test and hype the changes that become public in the fall.

That would be perfect timing for gamers to prepare for the new Xbox hardware, which is expected to hit shelves before the end of the year to challenge Sony's PS4.

Likely changes to the Xbox 360 dashboard may include darker and lighter themes compared to the system's current Metro interface, according to The Verge.

Additionally, when the new update rolls out, it may very well mark the end of the Microsoft Points currency system, which the company first introduced alongside Xbox Live in 2005.

This would further match the Windows 8 experience, which neglected to add the pesky points-based method of paying for digital content when the operating system launched last year.

With the Xbox brand taking its lead from Windows 8, some have suggest that the name of the new system could very well be Xbox Infinity - the number side turned on its side.

Microsoft is expected to reveal the true name of the new Xbox along with what may be the final Xbox 360 dashboard update on Tuesday. TechRadar will be in Redmond to cover the event live, so be sure to tune in at 10 a.m. PT/6 p.m. BST for the latest news.