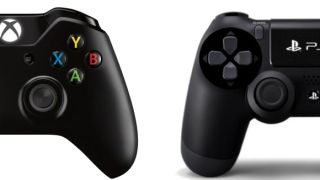 We expect it won't be too long before the Xbox One and PS4 get their inevitable refresh, and there's a good chance it could come around the time of their two year anniversaries in November 2015. Those odds are now looking even better.

Netflix exec John Hunt claims that Sony "promised" a 4K-friendly version of the PS4 that he expects to "eventually" support HDR, reports The Huffington Post.

Sounds like Hunt said more than he should have. Since then, Netflix has told Forbes that it isn't in a position to speak about Sony's plans, but clarified that Hunt believes that when the PS4 and Xbox One do their (expected) two-year refresh, they'll add the component for 4K video playback.

The Xbox One at it stands includes HDMI 1.4, but that's not enough to deliver uncompromised 4K - a more difficult pill to swallow after all the fanfare about Microsoft's box being a one-stop entertainment hub.

Despite Sony announcing a 4K video service for the PS4 back in 2013, the console doesn't currently support the medium either.

It certainly wouldn't surprise us to see a refresh around November time. Maybe someone can slim the Xbox One down a bit too? We don't know if Microsoft has noticed but it's rather hefty.