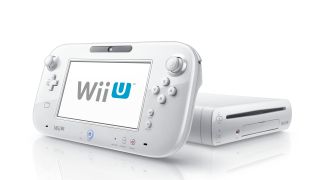 We'd hoped that Christmas might have given a helping hand to Nintendo and its forlorn Wii U console, but any favours it did for the little white box weren't nearly enough.

Nintendo has today significantly lowered its prediction of 9 million Wii U sales by the end of March to a lowly 2.8 million. On top of that, it's also halved the number of games it expects to sell for the console.

The upshot of this is that Nintendo is expecting to make another thumping annual loss - this time in the order of 35bn yen ($335m / £205m).

And remember, this is just four years on from the days when Nintendo was selling 26 million original Wii and 30 million DS consoles a year and making a stupendous 490bn yen ($5bn / £3.27bn) profit.

So what's to blame? According to Nintendo, a lot of it was weak console sales during the run up to Christmas - something that won't have been helped by the launch of the PS4 and Xbox One.

The 3DS is still Nintendo's best-performing piece of gaming hardware - it was the best-selling console of 2013 in the UK and US - following a year that gifted the handheld with a strong lineup of titles.

But even the 3DS is on a downward spiral, with Nintendo slashing its expected sales of the handheld from 18 million to 13.5 million.

So Nintendo's future is looking pretty bleak right now. Anyone got any ideas to turn its fortunes around? Let us (or them) know soon.