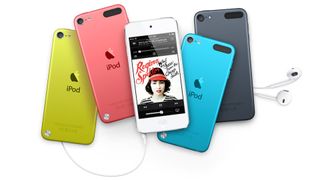 What Apple wouldn't give to stream music

Apple's plans for a streaming music radio service akin to Pandora and Spotify are reportedly being delayed by three of the largest record labels in the industry.

According to those sources, Apple is "nowhere near" completing a deal with music industry giants.

Rumors of Apple's streaming music service first appeared in September, when the Wall Street Journal reported that Apple was making plans to compete directly with Pandora, Spotify and others.

Toward the end of the month, though, multiple reports claimed that one music publisher in particular - Sony/ATV Music - was giving Apple headaches by seeking to up its rates beyond what Pandora pays.

Reports in October claimed that despite the difficulties, negotiations with record labels would be completed in November, allowing Apple's streaming business to launch in early 2013.

Based on Tuesday's report, though, it seems those plans have been delayed - and it's not just Sony/ATV that's to blame.

If you stream it, they will listen

Apple has stayed quiet on official details, but the rumors so far indicate that iTunes Streaming (or iRadio, or whatever Apple's service winds up being called) could be a more flexible alternative to Pandora, Spotify, and the newly launched Xbox Music.

The streaming Apple service could allow users to play specific artists more times than competing services, and could even take users directly to iTunes to download the music that they're listening to.

Everything about Apple's radio project is speculative at this point, though, as the Cupertino company has not made any official announcements or offered any real clues.

And without the participation of Warner, Sony and Universal's music divisions, that official announcement may never come.

In the meantime, check out TechRadar's comparison of Xbox Music and Spotify to determine which service has the right tunes for you.