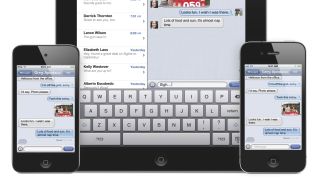 Messages fans will have to upgrade to Mountain Lion

Apple has emailed some Mac users to remind them that the Messages Beta client will close next month.

The company told those who were enjoying free use while it was being publicly tested on Mac OS X 10.7 Lion, that they'll need to upgrade to 10.8 Mountain Lion to continue frequenting the app.

The company wrote: "The Messages Beta program for Lion will end on Friday, December 14, 2012. We hope you have enjoyed the opportunity to preview Messages.

"If you'd like to continue using Messages, upgrade to OS X Mountain Lion from the Mac App Store."

Messages for Mac arrived as a complete product within Mountain Lion, replacing the less popular iChat IM and video chat client, with the added bonus of syncing messages across iOS devices.

This allows users to send messages from their Mac and continue the conversation on their iPhone and vice-versa.

Earlier this week we reported on a new study claiming the effects of popular IM clients like Messages (or iMessage as its sometimes known) have caused the first decline in SMS messaging in the U.S.