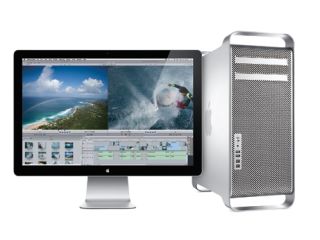 Apple has begun taking orders for its latest range of Mac Pros, with the 12-Core version of the computer now available for pre-order.

Although it will take two weeks, the store is now open for those who want a Mac Pro, which is boasting 50 per cent improvement in processing power.

If you are looking to splash out, then you can purchase a new 12-Core Mac Pro with every available extra feature – including adding solid state drives, a bundle of software, extra LED monitor and a printer – for a jaw-dropping £18,296.84.

For those who just want the base model, then expect to pay around the £4,000 mark.

Also available to order are the new Quad- and 8-Core range, which aren't as headline grabbing but still powerful bits of kit.

Go to store.apple.com/uk for more details.