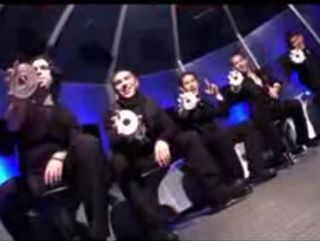 With its tongue firmly in its cheek, Microsoft has released a video to promote its upcoming Professional Developers' Conference (PDC).

The conference, which is taking place in Los Angeles on 27 to 30 October is an important one, as it looks likely to be the first time Microsoft will reveal an early version of Windows 7.

How do you promote the arrival of Microsoft's new operating system? By creating a fake pop group, posting the video on YouTube and hoping it goes viral.

After the debacle of the Seinfeld/Gates adverts, this is actually pretty funny and quite a good way to actually reveal that each attendee will walk away with a 160GB hard drive containing a pre-Beta Windows 7.

The video was made by Channel 8, a part of Microsoft that, according to its website is: "THE place to be for STUDENTS who want to code, connect and create technology."

Oh, and to become a member of a boy band, apparently.