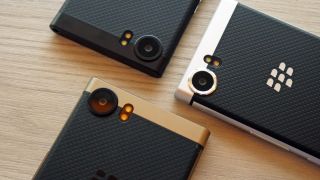 Popular messaging app WhatsApp rocked the BlackBerry boat at the end of 2017 when it confirmed it would pull all support for the BlackBerry 10 and BBOS operating systems, rendering the app useless on handsets such as the Z10, Q10, Q5 and Z30.

However, it appears WhatsApp's decision has had a knock-on effect to the rest of the BlackBerry line of smartphones, as the firm has now seen fit to issue a statement that the messaging application still works on its Android devices.

In a statement sent to TechRadar, BlackBerry said "As you may have heard, WhatsApp has decided to end support starting this week, for BlackBerry devices running BlackBerry 10 OS and BBOS.

"The good news is, this doesn't impact Android-powered BlackBerry smartphones like the BlackBerry KeyOne and BlackBerry Motion.

"Since these new modern BlackBerry smartphones are powered by Android, they receive the usual WhatsApp updates published through the Google Play Store."

If you rely on WhatsApp as a main form of communication and are still rocking a handset running either BlackBerry 10 or BBOS, 1) what are you doing? You must be due an upgrade, and 2) it's time to upgrade!

If you can't live without a physical keyboard on your phone, the BlackBerry brand still has you covered with the Priv and KeyOne, while handsets such as the DTEK50, DTEK60 and Motion provide a more modern, full touchscreen design.

The key point here though, is that they all run Android, and thus WhatsApp.