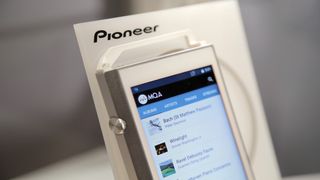 When reports emerged that Apple might be planning on buying streaming service Tidal many speculated that the deal was to do with acquiring the rights to Tidal's exclusives.

Over the past year the streaming service has racked up an impressive roster of exclusive albums, from Beyonce's Lemonade to Kanye West's The Life of Pablo, and an acquisition by Apple would secure these exclusives for its own streaming service.

But more interesting is Tidal's agreement with MQA to use its high-resolution music format.

For the uninitiated, MQA is a new format that allows for high-resolution music (defined as anything above CD-quality 16-bit/44.1kHz) to be packaged into a file a fraction of the size it would ordinarily be.

This means that for the first time the files are small enough to be streamed, leading to the company reaching an agreement with Tidal for the streaming service to use the technology.

We don't know whether this deal was an exclusive one, but if it was, Apple's acquisition of Tidal could be a means for the company to bring hi-res audio to its own Apple Music streaming service.

These rumours have often been incorrectly conflated with those concerning the removal of the headphone jack from the iPhone 7 which would lead to headphones with a Lightning connector rather than a standard 3.5mm jack.

The confusion has arisen from the fact that the iPhone's internal DAC doesn't support hi-res audio through its headphone jack, and so currently your only hi-res option is to connect your headphones to an external DAC driven by the phone's Lightning port.

However, were Apple to bring hi-res streaming to Apple Music, the likelihood is that the internal DAC on the iPhone 7 would support high-resolution audio, and would thus be able to be played through the device's standard 3.5mm jack (if it has one).

But regardless of the iPhone headphone jack situation, an acquisition of Tidal by Apple could have very interesting implications for the world of hi-res audio, bringing the most promising hi-res music technology into the hands of a company with big ambitions of its own.