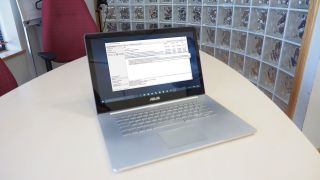 Read on for our detailed analysis of each app

Since it first became popular, one issue with Windows has been drivers for the various hardware elements that make up the computer.

Microsoft provides code that enables Windows to install, but that isn’t always the latest version or the best release for the optimal running of the computer.

And, if you use any technology that isn’t mainstream, you could find that critical functionality is missing from the operating system.

The solution is a dedicated driver update application bound to a service where the latest driver releases are tracked and then automatically installed.

Many of these products also bundle drivers into installation packages that can be placed on a USB key or centralised server for easier distribution.

Here are a few driver update solutions that we’d recommend for keeping your system in the best possible state.

Cleans while it sweeps, while it updates

As the title suggests, this is the nineteenth version of Driver Genius, by Avanquest Software.

What Avanquest offers is a small but effective tool that manages driver updates on the PC that tracks more than a million hardware drivers to make sure that the right ones are on your computer.

The level of user intervention is very low, as this solution is practically fire-and-forget.

Once installed, the application scans the drivers installed and matches these against a driver versioning database, and then downloads and installs the latest ones.

When these activities are scheduled is controllable by the user, so that it doesn’t repeat the typical Windows irritation of initiating a reboot while you are using the system. And, it notifies you of new driver releases.

What makes this one stands out is that it will bundle all the drivers into an executable file for you, a facility that accelerates the reinstalling of a system dramatically.

This Platinum release has a few extras, including a system booster that tweaks a system for greater performance and another tool that optimises SSDs.

The normal price of this product is $59.99, which is a little on the expensive side, but you can get a Professional release for just $29.99.

Drivers that update from a name people trust

As the name hints, this tool scans the system and identifies drivers that are past their best date and replaces them with the latest versions.

It checks with 100+ hardware makers to get the latest official drivers and also snapshots the working drivers on the system in case they need to be reinstalled for any reason.

AVG has a good reputation for making reliable code, and this utility works tirelessly in the background to keep the computer performing at its best.

However, the key weakness of this offering is that the driver database contains only 127,000 drivers, where some most of the competitors have more than 400,000 and some a million or more.

If the weakness of this product is the driver database, this limitation isn’t reflected in the price. From AVG it costs $39.99 per year, making it one of the more expensive options.

AVG provides a trial version to download and install that will scan your system and report those drivers that need an update. But, the trial won’t update them without a purchase.

Be a MacGyver with Driver Reviver

Driver Reviver is a driver maintenance tool by ReviverSoft, since 2014 a subsidiary of Corel.

It makes a wide range of other Reviver branded software products for both the PC and the Apple Mac, although this one is exclusively for the PC.

What it aims to do is keep the drivers on the system concurrent, and avoid the system accidentally installing corrupt or malware-infected drivers.

One feature that we liked was that it creates a restore point before installing drivers. Enabling the system to be restored more easily, should the new drivers cause a problem.

It also has a useful option to scan automatically when Windows starts, allowing drivers to be updated before you’ve started working on the computer.

ReviverSoft claims that its driver database contains over 10 million files. Although, we assume that this includes all versions of many drivers because we don’t think that there are so many hardware devices for Windows.

Whatever the exact truth, its driver database is very comprehensive.

You can download and start using Driver Reviver immediately, but the full-featured version costs $29.99, or you can get it with seven other Windows enhancement tools in ReviverSoft’s TOTAL PC CARE package for $99.99 a year.

IObit is a software house that has created several enhancement and optimisation products that includes Driver Booster 7 in its roster.

Driver Booster 7 is a driver maintenance tool and sources its drivers from the official manufacturers’ websites. Before passing those on to your computer, IOBit tests that they’re intact and have passed the Microsoft WHQL tests.

Version 7 Supports Windows 10,8.1,8,7, Vista and XP, should you still be using the older releases.

Where this product deviates from the norm in driver support applications is that the free version will update drivers, but only two a day.

The paid ‘Pro’ version has no limit on use, more drivers, and initiates a backup before installing new drivers, but the free version has plenty of useful features.

One feature that is in both we especially appreciated is that it has a silent mode where it won’t interrupt you when applications are in full-screen mode. If only Microsoft were so considerate of its customers.

The free version of Driver Boost 7 will download and install drivers happily, but you avoid adverts and can pay for some additional features with Driver Boost 7 Pro for $22.95. And, that license covers you for a year on three computers!

The one-stop-shop for driver issues

DriverFinder is a basic tool that scans your Windows system and identifies those drivers that are either missing or need an update. And, it can find the latest versions and install those.

Most drivers it sources come directly from the hardware makers, so they’re generally the ones you’ll want.

And, it can also backup all the drivers currently used, which is ideal for those that need to reinstall a system promptly.

However, there are a few weaknesses to this solution that needs to be mentioned. It has no install-all option, meaning that if you discover that the system needs twenty updates, you’ll be clicking twenty times to resolve each of them.

This issue is only a problem initially, as once you’ve run it a few times the likelihood is that it will only find one or two drivers that need updating at each scan.

It also doesn’t include a scheduler to run scans automatically, though you can have it run automatically when Windows launches.

DriverFinder has several payment systems the cheapest being s $29.95 for a 1-year license. Or, you can get two years coverage on three computers for $39.90. And, a lifetime of driver updates costs $299.97.

Signing up comes with a promise of no automatic recurring, or auto-billing.