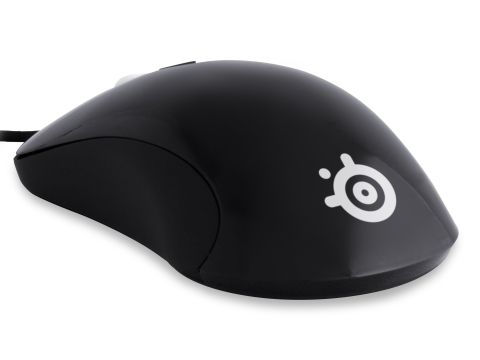 A cheap and cheerful gaming mouse

Out of the gaming mouse triumvirate of the SteelSeries Sensei, Kana and the Kinzu, it is the latter that is designed to be the smallest.

The SteelSeries Kinzu V2 Pro Edition loses the two extra buttons on each side that the Katu and the Sensei enjoy. But it retains the comfortable, ambidextrous design of the other two mice, while being slightly smaller - though, crucially, still comfortable to hold.

Like the Katu, however, the SteelSeries Kinzu V2 Pro Edition feels rather lightweight, which gives it an unfortunate cheap feel that the Sensei mouse doesn't suffer from.

The centre button, just below the scroll wheel, switches between two CPI settings - less than the other mice, but still useful if you want to quickly change the sensitivity of the mouse on the fly.

The Steelengine software needs to be downloaded before you can fully customise the mouse. Straight out of the box, though, it's fast, smooth and responsive.

The SteelSeries Kinzu V2 Pro Edition isn't a bad gaming mouse at all, but if you're really serious about gaming then it'll be worth paying a bit more for the excellent Sensei.