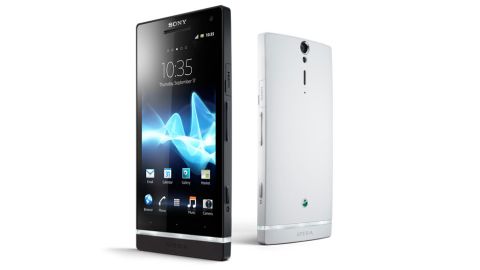 Although the majority of non-geeks won't even notice the lack of an Ericsson logo (especially when they hear the familiar Xperia name), there is no doubt that the Sony Xperia S is a big deal for Sony. Forgetting its toe-dipping efforts of the early 2000's, Sony has to get this right for it to cement itself as a credible new solo player in the mobile world – and we're pleased to say that we think it has scored a blinder.

There are a few niggles here – the Xperia S is by no means a perfect phone – but we're yet to encounter one handset that leaves no room for criticism. And it is our belief that the positives on the Xperia S far outweigh the negatives.

As you may have gathered from reading through our review of the Sony Xperia S, the screen is amazing and really has to be seen to be believed.

The 1.5GHz dual-core processor keeps everything zipping along, helping us to browse the internet at speed and run multiple apps without a hint of slow down.

The 12MP camera found on the back of the Xperia S is one of the best out there and really sets it apart from other phones in the range such as the iPhone 4S and Samsung Galaxy S2.

Sony has very kindly bundled lots of software with the Xperia S out of the box, which saves you having to dash to Google Play as soon as you turn on to grab vital apps.

The Sony Xperia S isn't perfect though, as it has several small niggles which can frustrate over time.

The unnecessarily fiddly flap over the charge port will grind some gears and thanks to the slippery back cover and top-heavy design there is a high drop risk with the Xperia S.

You do get 32GB of internal storage, but this will not be enough for some people and Sony has failed to provide a microSD slot on the Xperia S, which means you can't expand the memory.

We found the soft keys below the screen lacking in response and thanks to the top-notch screen battery life takes a serious beating.

We were also disappointed with the lack of Mac support and we hope this will be ironed out before the Xperia S is available for sale.

There are still some niggles but we think it says a lot that when writing the pros and cons above, we really struggled with the cons section. This handset may not be cheap – and it may feel like a Sony Ericsson without the Ericsson bit printed on the front – but we are really impressed with what Sony has done for its first solo foray.

Is it worth buying? At £450 sim-free, it's not cheap but it is one of the better handsets out there and one that we found encouraged a few "What is that?" questions from iPhone owning friends.

People who look at this will probably also be looking at the likes of the iPhone 4S or Samsung Galaxy S2 and we'd say it's pretty much on a par with both of them.

But of course, that is before the Samsung Galaxy S3 is announced and we've a feeling that when that happens, this may just end up looking like another Xperia handset. But for now at least, we'd definitely urge you to consider it.