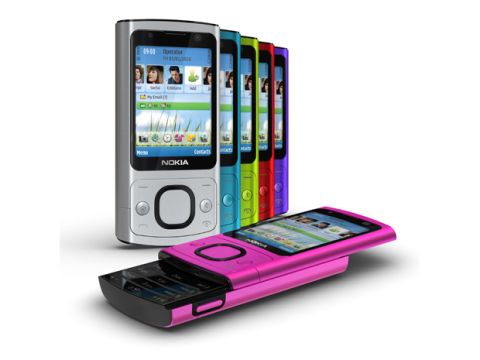 A simple phone that suffers from a slightly high price tag for what's inside.

The slider format is one that has slipped in popularity with the rise of large screened handsets of varying degrees of smartphone capability. But it is a format that still has lots of fans.

Sliders tend to be small, their number pads are hidden away until needed, and you can perform lots of activities without bothering to slip them out of their hiding place behind the front facia.

Quick, easy, one-click access to features via buttons rather than a touchscreen are the order of the day.

The 6700 Slide has a cousin, the Nokia 6700 Classic which appeared in the latter half of last year. As the name suggests, that handset was a candybar design, but it shared the same aim of delivering a solid range of features at an attractive price. Nothing too fancy, nothing too expensive.

So, what you don't get here are the likes of Wi-Fi, a high resolution screen suitable for lots of multimedia playback, touchscreen capability or oodles of internal memory.

The screen is small by today's standards at just 2.2-inches. Some would describe the resolution as pitiful at 320 x 240 pixels.

Really, when we've just seen RIM's BlackBerry Pearl 3G pack a 2.2-inch 360 x 400 pixel display, it does seem rather paltry. But in everyday use it isn't actually as bad as it sounds. Honest.

Internal memory tops out at 60MB, but you get a 2GB microSD card to boost that, and the handset supports up to 16GB cards, so you can give it a huge memory boost if you feel the urge.

One point of note here: the microSD card does not pop out of its slot as readily as many do. The spring loading is not all that well sprung. We found we needed a fingernail to prise the card out of its slot.

Still, many of the specs make this handset look pretty good value for its sub-£200 price. It runs Symbian S60 3rd Edition with Feature Pack 2. Old Faithful if you're a previous Nokia fan. Or have ever seen one.

It has HSDPA with download speeds up to 10.2Mbps and uploads to 2Mbps.

You'll be extremely hard pushed to find the Nokia 6700 Slide in a situation where its data capabilities can't match what the network can offer.

There is a 5MP camera with Carl Zeiss optics and a dual-LED flash. This is accompanied by a front VGA (640 x 480 pixel) camera for two-way video calling, so the iPhone 4 isn't the only new handset with video calling.

The Nokia 6700 Slide fees like a quality device, too. The chassis is solid, the slide mechanism is smooth and gives a good, loud click when you open and close the phone.

The D-pad is large, and the Home and Clear buttons are small but slightly raised from their surroundings so they're easy to hit accurately.

The flat soft menu buttons and Call and End buttons are all nicely spaced from each other. Nothing feels cramped; everything is easy to use at speed.

We do have a major gripe about the design that is likely to affect everyone. To get the back plate off and access the battery, SIM and, most importantly, the microSD card slot, you have to lift a very fiddly cover on the top-mounted micro-USB connector then press a small release catch.

You don't have to do the job too often, but it is pesky.