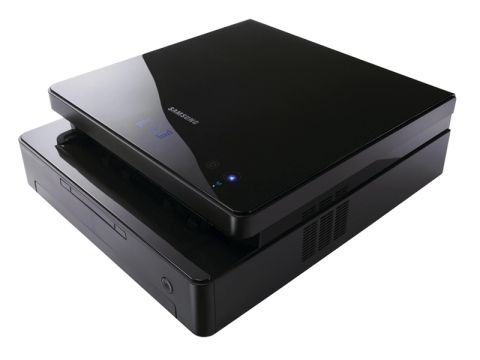 There's no question that the Samsung ML-1630W is a great looking printer, but sadly its performance isn't quite up to scratch

Samsung has worked hard on the styling of the ML-1630W to come up with a laser printer that is unlike any printer you have ever seen before.

In appearance it is a pair of shiny black slabs stacked one on the other and the result is very striking, although we think Samsung is pushing things when it claims the styling is based on the looks of a Steinway piano.

As part of the look and feel, the ML-1630W does away with the usual control buttons and relies on touch-sensitive controls that are part of the shiny surface of the printer.

To add to the quirky nature of the Samsung, there is an array of blue LEDs to alert you to the activities of the printer.

The slimline looks are helped by a paper tray that holds no more than 100 sheets of paper, while the clip-on clear plastic output tray only holds 30 sheets, which appears to be a triumph of form over function.

Internally the 150MHz Samsung processor and 8MB of memory hint at a relatively feeble engine and this is indeed a slow printer. The 47-second time to print 10 pages works out to a speed of 13ppm, which is surprisingly close to Samsung's claimed speed of 16ppm.

This is a very quiet printer with a noise level of 45dBA, but it also has a surprisingly long list of features. In addition to the USB 2.0 port, there is 10/100 Ethernet (cable supplied) and 802.11b/g wireless, which sounds ideal if you're printing from a laptop.

The problem is that setting up the Samsung is appallingly complex and requires you to manually enter an IP address for the printer, along with your MAC address and encryption details.

This renders the wireless effectively useless, unless you enjoy network engineering and we cannot count ourselves in that group.

Overall, the ML-1630W a great-looking printer, but Samsung's software makes it a little too fiddly to be truly practical.