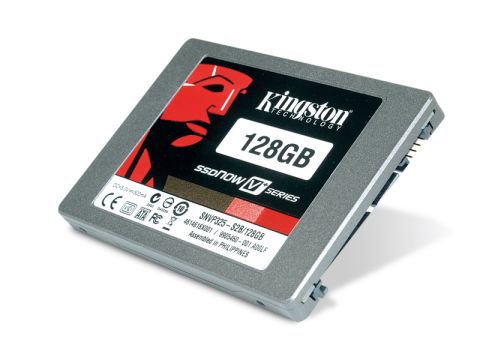 An interesting addition to the crowded 120GB-ish SSD segment

Flogging SSDs can be a tricky business and Kingston knows this better than most. The problem begins with the fact that the key components inside any given solid state drive are only produced by a handful of companies. That's because the development and engineering of the flash memory and controller chipsets is complex stuff.

Despite the scores of SSD brands on offer, most of them are therefore pretty similar under the hood. This means that outfits such as Kingston must take third-party hardware off the shelf and are at the mercy of their suppliers.

The original Kingston SSDNow V 40GB drive is the classic example. Based on Intel's second generation SSD technology, it was a great drive at a brilliant price. But when Intel refused to allow Kingston access to a crucial firmware update that added support for the highly desirable TRIM command, it effectively killed it stone dead.

Officially, Kingston says there are no hard feelings and that it plans to continue producing SSDs in partnership with Intel. That may well be, but we can't help noticing that this new SSDNow V+ is based on Toshiba rather than Intel tech. Actually, it's a little more complicated than that, because this is the second revision of the V+ Series.

The first had Samsung gubbins inside, and spotting the difference comes down to the part numbers. The old Samsung-based drive is the SNVP225-S2B, whereas this new Tosh-equipped example is the SNVP325-S2B. Confusing stuff, but let's focus on what this new model has to offer.

Apart from a satisfyingly robust metal chassis, the highlights begin with SATA II support. That's a nice feature given that SSDs are becoming so fast that the old SATA I interface is increasingly turning into a performance bottleneck.

But the really important bit is the new Toshiba T6UG1XBG controller. It's a brand new chip fabbed in 43nm silicon, and it enables Kingston to lay down impressive 230MB/s sequential read and 180MB/s sequential write performance claims. It also supports TRIM out of the box. No need to worry about Toshiba holding out on that one, then.

In our testing, we duly confirmed that TRIM was fully present and functional. Likewise, we extracted peak sequential read and write figures that are pretty much in line with Kingston's claims.

Things get a little more complicated when you factor in more nuanced performance metrics, including random writing of small data sets: the so-called 4K benchmarks.

Here, the new V+ Series fares noticeably worse than the old Intel-based 40GB V Series. It's also a few clicks behind key competitors such as the Indilinxpowered Patriot Torqx 128GB. That said, it stands up to the likes of Corsair's Samsung-derived P128 in 4K tests.

It's difficult to say exactly how much weight you should ascribe to such benchmark results. The subjective user experience is ultimately what counts, and in initial testing the new V+ Series certainly enables responsive, stutter-free computing.

As with all current SSDs, however, there are still some lingering doubts regarding performance in the long term.