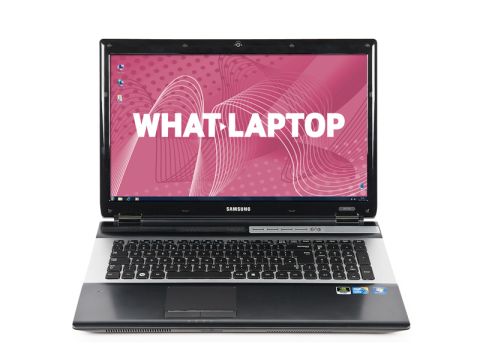 A good multimedia laptop at a good price

The Samsung RF710-S03UK is one of the more expensive Samsung Blu-ray laptops, but the impressive specification offers good value for money.

As with the Acer Aspire Ethos 8943G, a quad-core Intel Core i7 720QM processor is used and the power on offer is faultless. The laptop gave the excellent scores in our benchmarking tests and wasn't fazed even when we ran several intensive applications at once.

The dedicated Nvidia GT 330M GPU didn't perform as well as some rival laptops, but can still ably handle professional editing software and the latest games.

The built-in Blu-ray drive won't allow you to create Blu-ray discs like the Acer Aspire Ethos 8943G and Asus N73J drives will, but you can still watch high-definition (HD) movies.

Alternatively, the 1TB of storage offers plenty of space for movies as well as games and music. While the 17.3-inch screen isn't quite as sharp as the HP or Acer's, movies still look crisp on the bright display.

The integrated speakers are just as powerful and clear as its rivals, but are no substitute for a dedicated pair.

The 3.1kg chassis is fairly portable, although the 162 minutes of battery life is bettered elsewhere and won't keep you entertained for long on the road, especially as it dips to just 75 minutes when watching a DVD or Blu-ray movie.

Additionally, the solid build suffers a little from an unusually plain design and the lid picks up smudges easily.

Usability is strong, however, with a well-sized isolation-style keyboard in place. Below it is a wide touchpad that proves smooth and responsive, and the right edge acts as a scrollbar for quickly navigating through web pages and documents.

A short row of media controls above the keyboard allows you to mute the sound, change the volume and toggle wireless networking on and off.

Networking is swift, with 802.11n Wi-Fi and Gigabit Ethernet available. This laptop and the Acer have Bluetooth 3.0, which allows faster file sharing with compatible devices such as mobile phones.

The SD Card reader allows less flexibility than the multi-card readers in the other laptops, but one of the four USB ports is USB 3.0 compatible, allowing fast data transfer with external storage devices.

An impressive amount of power has been packed into the RF710-S03UK's chassis, and while it lacks the features of the Acer and the 3D wizardry of the HP Envy 17 3D, there's still loads to like here, from the bright screen to the solid usability.