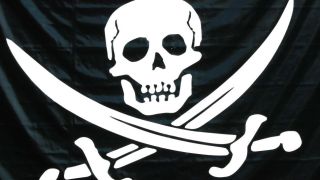 Australian politicians would have us believe we're a nation of ungrateful pirates who'll take any opportunity to callously plunder the internet's treasure trove of movies, TV shows, music and video games.

While the image authorities like to paint of rights holders being forced onto the street due to our indifference is as unmoving as it is inaccurate, a new government report indicates that we're actually not opposed to paying for entertainment. What Australians really object to is inflated prices and inconvenient access.

The report, published by the Department of Communications, was conducted between 25 March and 13 April 2015 and asked respondents to think about their activities in the past three months, roughly from January to March (just before the launch of Netflix in Australia, the introduction of which might have impacted stats dramatically).

Responses indicate that 43 per cent of Australian content consumers accessed content illegally during this time – compared with 21 per cent from a similar report in the UK – but their reasons for doing so are not as straightforward as they might initially appear.

While 55 per cent of those surveyed indicated that the free nature of illegal content was a significant factor, 51 per said they were motivated by convenience, and 45 per cent said speed of access contributed to their piracy, making it appear that one of the best ways to discourage piracy is for rights holders to make accessing their content convenient and fast.

In fact, the government's report shows that three-quarters of people who pirate also pay for some of their content, so there is still a willingness among Australian pirates to lower the Jolly Roger, as long as they're being treated fairly.

Lesser reasons for copyright infringement include the ability to try before you buy (35 per cent) and the high price of legal content (30 per cent).

When asked what might encourage them to stop, those who engaged in piracy said:

Surprisingly, only 21 per cent indicated that they would be encouraged to stop infringing if they received a letter from their ISP saying their account would be suspended.

Somewhat confusingly, some activities the report appears to class as illegal are in fact not, at least according to the current version of the Copyright Act.

For example, the report's assertion that downloaded material infringing on the copyright of a rights-holder is illegal is inaccurate. More correctly, as a civil rather than criminal issue, this may leave you exposed to being sued, but it's not something you can be prosecuted for. At least not yet.

Another grey area rests in the report's assertion that using a VPN to access international versions of Netflix and other content is most certainly frowned upon by the provider and strongly discouraged by local authorities, but it's not illegal.

When reached for comment on the issue, the Department of Communications indicated this was an "error," claiming changes had been made page 75 of the report to remove the terms "legally" and "illegal."