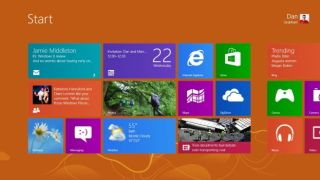 Microsoft has confirmed that it will not be releasing a second update for Windows 8.1, instead focusing on its regular monthly update process that includes security and non-security items.

"Examples of some of these non-security updates are the Windows Store Refresh in May and the June update to OneDrive to improve your control of sync," LeBlanc added.

He detailed what updates were to be expected for Windows 8.1 and Windows Server 2012 R2 from August 12, in the same blog post.

For the latter, other than the usual security updates, there will be fixes to improve performance and reliability but nothing for system APIs, which means that there won't be any need for re-certification or re-validation.

As for Windows 8.1, the three highlighted improvements were for the precision touchpad (adding new end-user settings), Miracast Receive and minimising login prompts for SharePoint online.

TechRadar Pro recently reported that rumours at Microsoft pointed out that there wouldn't be a Windows 8.1 Update 2 and Microsoft might even hand out Windows 9 (AKA Threshold) for free to selected users.