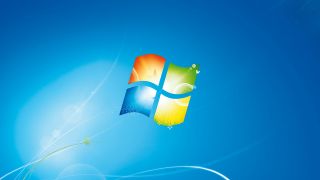 It seems that Windows 7 will remain on sale to business users until at least early 2015, if not longer, following a change to Microsoft's Windows lifecycle.

As spotted by ZDNet, the updated lifecycle indicates that Microsoft has not yet decided on an end-date for the OS and could be a long way off yet.

Microsoft has promised to give businesses at least a year's warning before it kills off Windows 7 Professional.

In 2013, the company announced that it was forbidding new PCs to be preinstalled with Windows 7 Home Basic, Home Premium and Ultimate after October 31 2014. This would mean that any new hardware customers would be pushed onto Windows 8.

Microsoft hinted that end-of-sale date was the same for Windows 7 Professional. Later it backtracked when business customers threw up their hands in horror.

According to ZDNet, Microsoft has now said that anyone buying a PC with Windows 7 Professional installed would receive extended support via the OEM to cover any gap after the end of mainstream support, which is due to come to an end on January 13 2015.

It is possible that Microsoft could end mainstream support for Windows 7 Professional on that date even if it was allowing OEMs to sell the operating system on new machines.

A Microsoft spokesperson told ZDNet that OEMs offer free warranty support for usually a year. This usually means that there is a small difference between mainstream support and extended support that Redmond would give anyway.

This does mean, however that consumers will have had to have bitten the bullet and gone to Windows 8.1 by then. Of course they could just move to Linux.