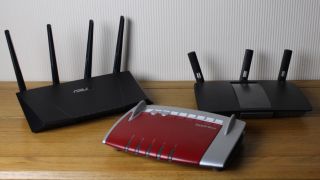 The next-gen standard for Wi-Fi just took a step closer to reality, with Qualcomm announcing new 802.11ax products including a SoC (system-on-a-chip) for routers and a chip to go in client devices (i.e. laptops, tablets, phones and so on).

The successor to 802.11ac will not only improve speeds over wireless networks, but 802.11ax will focus on delivering better performance in crowded environments where there’s lots of Wi-Fi traffic that could otherwise bog things down (such as apartment blocks or offices).

The firm’s IPQ8074 SoC is aimed at consumer routers and enterprise access points, and it’s coupled with the QCA6290 client chip, with Qualcomm promising four times greater capacity over the network compared to 802.11ac.

The SoC supports 12 streams (eight over the 5GHz band and four in the 2.4GHz band) with a potential peak speed of up to 4.8Gbps – although that is, of course, a theoretical maximum, and the client chip unveiled ‘only’ supports peak speeds of up to 1.8Gbps.

Which is still plenty nippy, mind, but the main attraction here is the support for a greater number of devices and less hindered performance in a packed Wi-Fi environment. (Naturally, wireless bandwidth is set to become increasingly choked as more and more devices come into usage).

The company also noted efficiency benefits, and the new client chip reduces power consumption by no less than two-thirds compared to 802.11ac solutions, meaning a longer battery life for your portable devices when using Wi-Fi.

Michael Cubbage, CEO of Rivet Networks, commented on the launch: “Performance PC users want to ensure their networking technology delivers the lowest latency, the most throughput, and the lowest packet loss. 802.11ax is poised to deliver game-changing performance on all three of these key metrics.

“It will greatly enhance the PC user experience for gaming, video streaming, and downloading. We are looking forward to working with Qualcomm Technologies to bring this exciting new technology to market.”

Quantenna actually announced the first 802.11ax chip last autumn, but that was aimed at access points and repeaters, as opposed to being a SoC destined for consumer routers.

Qualcomm says it will begin sampling these chips in the first half of 2017, but remember, 802.11ax is still very much a draft standard, and we are a long way off seeing actual products with the tech inside yet.

The actual timeline for product arrival is, of course, still unknown, but to give you some idea, ABI Research has previously predicted that by 2021, 802.11ax will account for almost 60% of Wi-Fi chipsets across the globe.

So we might not have to wait too long for the first high-end consumer router to land with the new Wi-Fi specification, probably using this Qualcomm SoC.