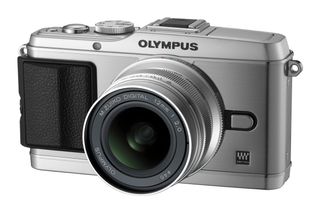 A spokesperson from Olympus Japan has confirmed that the firm is working on a new compact system camera to be released next year.

The new camera is said to be a mirrorless model with special emphasis on the viewfinder. The current line-up of Olympus PEN models don't have built-in viewfinders, but they are available to buy as optional extras.

In the interview, Olympus Manager Mr Ogawa described the new camera's viewfinder as "epoch-making" and it will be announced soon.

It's not yet known whether the viewfinder will be electronic or hybrid, as seen on Fuji models, but Ogawa acknowledged that while electronic viewfinders have several advantages, such as framing, magnification and easy focusing, that people miss the feeling of traditional optical finders.

Ogawa also confirmed that the camera will be different from the Sony NEX-7, the recently announced compact system camera from Sony which features an excellent electronic viewfinder.

Although it is expected to be different from the current line-up of Olympus PEN micro four thirds line-up, it's also expected to be compatible with the system.

More features and specifications are yet to be revealed, but according to to a translation on the 43rumors site, Mr Ogawa said "All I can say is, when you look through the viewfinder, you'll understand..."