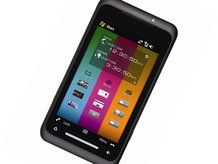 Toshiba TG01 - looks nice, but does use WinMo

Toshiba is believed to be ending production of mobile phones in its native Japan, although it will continue to make handsets in China and outsource production of its other phones.

According to the Nikkei business daily, Tosh is looking to cut costs as demands fall, with sales of phones in Japan falling by 30 per cent and the company incurring an operating loss of around 10 billion yen (circa £67.7m).

Toshiba is currently the sixth biggest mobile phone maker in Japan – with a 7 per cent market share, and it is much lower down the rankings on the global field.

The forthcoming Toshiba TG01 picked up admiring glances at its launch, and should be available in the summer.

The company is expected to clarify the story later on 20 May, but it is a further indication of the tough times in the mobile phone sector.