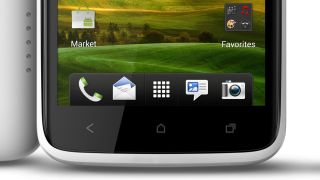 HTC has been told that it can continue to ship its products to the US, with the ITC insisting that no more temporary bans should be imposed while it investigates Apple's complaints.

The ITC is investigating claims from Apple that HTC's products infringe on its patents, but an earlier delay due to that investigation was overturned.

Apple insisted that products should be kept off the shelves until the ITC has made a ruling, but the US agency will not tell US customs to delay entry into the country during its investigation.

"The commission will not direct Customs to detain all subject HTC products because the commission does not have the information necessary to determine whether the respondents are currently violating the commission's limited exclusion order," said a statement from the ITC.

Of course this is just the tip of the iceberg in the on-going patent wars between the world's major manufacturers.

Apple is not only pursuing HTC but also the likes of Samsung and Google, and the battle is not likely to wane in the coming months and years with other major players also engaged in legal disputes over their various intellectual property claims.

TechRadar's HTC One X review suggests that the Taiwanese giant has a product it should be keen to get into the hands of US citizens as soon a possible.

But it will be waiting with baited breath as to which way the ITC eventually goes over the complaints, while flogging its phones in the interim.