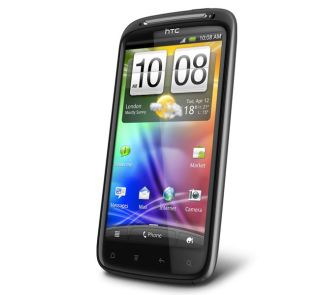 The HTC Sensation is set to get a rather large update in the near future, with a spyshot showing a test version of the update screen.

The HTC Sensation, which had the codename Pyramid, is HTC's flagship handset so it's no surprise that the phone would be first on the list for a major update.

In the shot, the system update screen is shown, with the firmware upgrade weighing in at 368.92MB - Wi-Fi at the ready, people.

There's no other information about the update, apart from the teasing statement: "To improve the performance of your device and add new features."

Some users of the XDA developers' forum have apparently already tried out the leaked upgrade and are reporting improvements to the GPS and battery life of the phone.

In our HTC Sensation review, we noted that the battery life was still far from best in class, so if any sort of update improves on this, then we would be more than happy.

There's no news on when the update will land but it does seem to be something that will be coming to the European market.

From Android Central Via Phandroid